HOW WE HELPED TO REINVENT THE WHEEL.

SHA., in conjunction with their client World Wheel Company (Hong Kong), has announced plans to build Europe’s tallest observation wheel on Newcastle Quayside in a project that would see more than £100m invested in the city and up to 550 jobs created.

Standing 140 metres high, the observation wheel – dubbed ‘The Whey Aye’ in celebration of its location – will be five metres taller than the London Eye.

The wheel will also have a world-record breaking 10,000 sq m LED digital screen as its centre piece, which will be used to communicate information about local culture and events as well as social media content and advertising.

Such is the nature and scale of the project, it is has already gained endorsements from Newcastle and England football legend, Alan Shearer, and prominent North East businessman and co-founder of accountancy software company The Sage Group, Graham Wylie.

It is proposed that the wheel is built at the east end of the Quayside on the location of the former Spillers’ Flour Mill, which was demolished in 2011 and has lain vacant since.

The plans include a pedestrianised experience featuring premium bars and restaurants and a world-leading 9,000 sq m visitor attraction called the Giants of the North Experience. Featuring cutting-edge virtual mixed reality and interactive technology, the attraction will hail the achievements of the region’s famous creative and sporting individuals, and the collective giants of North East industry including ship builders and the mining community.

Along with the Giants of the North Experience, the plans will deliver a family entertainment centre and a multi-purpose play and sports complex, with covered five-a-side pitches and tennis courts, as well as a state-of-the-art virtual golf club.

With its head office in Hong Kong, China, World Wheel Company has established a base at SHA.’s office on Leazes Park Road, Newcastle, from where the design, construction and operation of the new developments on the Quayside will be managed.

A detailed planning application relating to the wheel and visitor attractions is due to be submitted to Newcastle City Council later this year by World Wheel Company.

Commenting on the plans, Alan Shearer said: “I think it would be great news for Newcastle. It’s just what the city needs. A new iconic attraction that celebrates our rich history and culture, while creating jobs and income for the people. A development like this would have my full support.”

Graham Wylie said: “‘Should this new development get planning approval, it will deliver a new iconic landmark for the City and any project that delivers real job opportunities of this scale, regenerates a disused part of the Quayside and generates income to the city has to be a good idea. This is potentially great news for Newcastle”.

The wheel will offer 30-minute ‘flights’ and there are plans to accommodate more than 800,000 visitors in its first year. The entire development will only take 18 to 24 months to build, once planning has been formally approved.

Commenting on the proposals, Phil Lynagh, director of SHA. and CEO of World Wheel Company’s Newcastle operation, said: “This is without doubt one of the most exciting investment and regeneration projects in the UK, if not the world.

“Representing an overall investment of more than £100m, it will create up to 550 local jobs and deliver local building contracts worth in excess of £20m. The developments will attract continued investment through more visitors spending an increased amount of time in the city and the region.

“It will also further enhance the North East’s global reputation for technological and industrial innovation whilst celebrating Tyneside’s heritage and supporting its future.

“At World Wheel Company, we always strive to deliver sustainable commercial plans that benefit the entire community over time, particularly through long-term job creation and ongoing income generation for local government and private commercial partners. The plans being submitted are specifically designed to achieve these same benefits for Newcastle and the wider North East.”

Nigel Hartley, director of SHA. and CMO of World Wheel Company added: “Newcastle Quayside is the perfect location for a new iconic landmark that people can interact with.

“The World Wheel Company is reinventing the wheel with its unsurpassed combination of innovation and technology to deliver unforgettable customer experiences. We’re hugely excited to be working on this world-class development and pioneering the creation of an entirely new marketing and social media channel for the region and beyond. 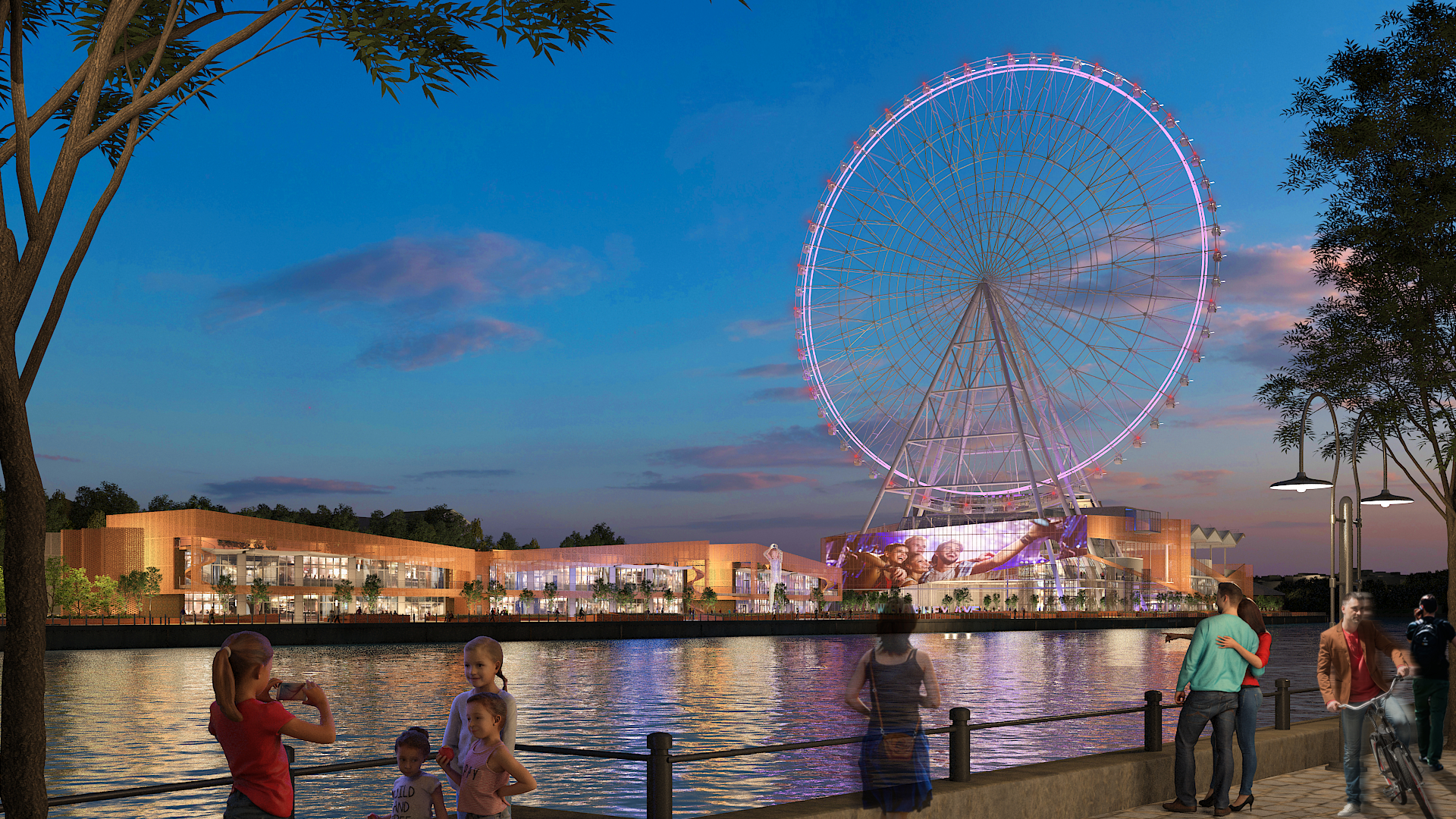